The Western Cape's Covid-19 resurgence is showing early signs of stabilising, but the danger is not over yet.

Hospital beds are still under pressure and people are returning from their December travels.

Premier Alan Winde urged people to continue sanitising, social distancing and wearing masks, even though there might be a glimmer of hope.

"Please don't get sick yourself," said Winde during his weekly digital briefing on the pandemic.

"If you get sick, you are going to battle to find a bed because they [hospitals] are so full. Please don't let down your guard."

Provincial health MEC Nomafrench Mbombo warned that many people returning to work will be carrying the weight of bereavement over the loss of loved ones to Covid-19, or worrying over family and friends.

READ | Covid-19: Children younger than six now no longer have to wear masks

The head of the health department, Dr Keith Cloete, said although there are signs of stabilisation, all Western Cape districts remain hotspots.

Regulations, such as the curfew and the prohibition on the sale of alcohol, remain in place.

"There is significant risk for new transmission and new outbreaks, especially where people gather indoors," he warned.

The test positivity rate was showing a promising decline from a high of 50% to around 35% on 7 January - regarded as an early sign of stabilisation.

In some areas, the new cases are being directly linked to family gatherings over the December holiday period.

Unusually, new infections in the Gugulethu, Nyanga and Khayelitsha areas peaked at a lower rate than the first round of Covid-19, leaving the question of whether some people had reached immunity.

However, in spite of the cautious optimism, the number of people dying with illnesses linked to the virus are still increasing, even though they are showing signs of stabilising.

Oxygen use is also starting to peak, and supplier Afrox has already got extra supplies close on hand for hospitals.

Many more people between the ages of 20 to 39 are reported to have died, but as a proportion of the total number of deaths, it is not higher during the surge.

The observations on risk factors and comorbidities, such as diabetes, remain the same for the surge, but this time more people presented with hypertension.

The peak in the Garden Route appears to have finally passed.

The Western Cape government is also preparing for the first batch of vaccines for healthcare workers in the province, and might take tips from electoral body, the IEC, regarding the logistics and record-keeping required for such a large campaign.

Cloete said this does not mean that vaccination will be linked to voting – it is more a case of drawing on the IEC's logistical experience. All health information will remain confidential.

Cloete said no children and pregnant women would be vaccinated because none of the vaccines had been tested on them.

A team, which includes ethicists, will work on the most effective way of covering the health workers, who are first in line for the vaccine, and to decide who are essential service workers in the second phase.

He said cultural and religious beliefs will be considered, and nobody will be forced to accept the vaccine.

Cloete said that, although hospitals were under pressure, nobody needing to be admitted had been turned away.

"We are under pressure, but I can give you the assurance the system is not overwhelmed," said Cloete.

COOKING FOR ULCER AND DIABETIC PATIENTS |...

How to avoid 5 common mistakes that can lead to... 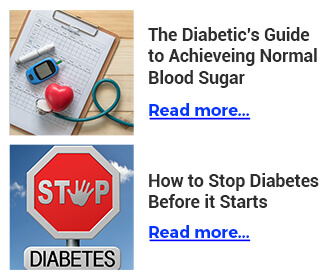 5 Lose weight AND protect yourself from illness: Try these... 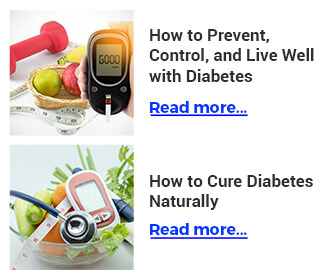